What a crazy few weeks it has been… After my last WW Weigh-In post on 02/15, I missed the next two weekly weigh-ins and meetings due to races. Looking back, I could have – should have – attended a different meeting during those weeks to weigh-in and try to stay on board. Unfortunately, in my tunnel vision mind, I don’t think like that and I just knew that I was going to be busy during my regular meeting time.

Yesterday, I finally made it back. I was very excited to go and see everyone. I cannot explain how much I love that meeting and the people there. It’s such a great feeling to be a part of something like that. It also doesn’t hurt to be cheered on and made to feel very special about my running… During the meeting, Beverly mentioned that I was finally back and asked me to step to the front and tell everyone what I had been up to the last two weeks. And, much to my surprise, she gave me a cool little Thumbs Up! award. This is just one of the many reasons I love my meeting… 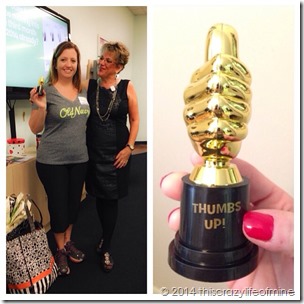 Of course, I knew going into the meeting that I was going to be up on the scale. Besides missing two meetings and running three races, we had a busy couple of weeks where we ate out 4 times just for dinner. Outback Steakhouse, Molly Goodheads, Mellow Mushroom, and The Thirsty Marlin. Everyone of those dinners was a great time with great company and in my world, part of the good time is enjoying food and beverages that I love. I believe that will never change. I work hard and MOST of the time, I am mindful of what I eat and the points. However, it is a rare occasion to eat out 4 times in such a short time.

I briefly thought about not weighing in until next week, but I reminded myself that I have yet to back down from the scale since January 1, 2013. So, I went in knowing that whatever it was, I could deal with it and move on from there. The scale told me that I had gained 5.4 lbs…. Happy? No. Frustrated? No. Holding myself accountable Yes. 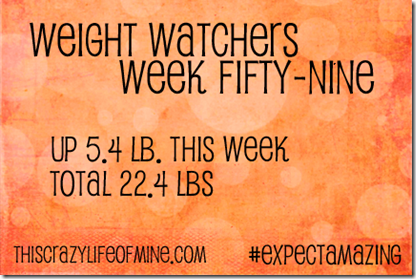 I didn’t really want to see the 150’s again, but I know it’s not permanent. What I have decided, though, is that after doing the Simply Filling / Simple Start since the beginning of December, I think it’s time to get back to tracking my daily points. I still eat many power foods, but I think I need the added accountability of tracking every single point that I eat, as well as getting back to weighing and measuring portions. 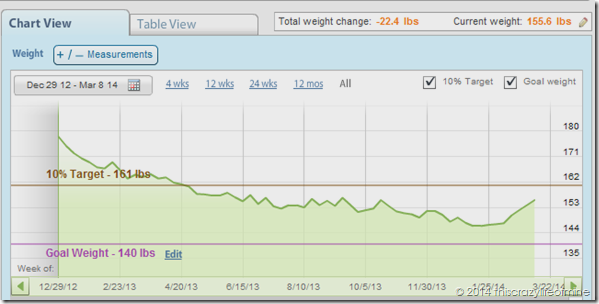 Despite this weight gain, I went shopping afterwards and bought 3 new bikinis for our upcoming Vegas trip. Hubby is going for work and we are very thankful we could make it work so that I could go with him. I look forward to pool and sun time while he’s at his meetings during the day and I knew that I needed a new bathing suit. The last time I bought one was back on 2006 and it’s too big on me now and I wanted something new. When I couldn’t decide on just one, I bought all three. I’ve worked hard to be able to wear them and I deserve them! 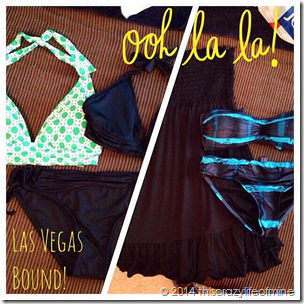 My activity was way down this last week. After running 3 races over the course of 8 days, I was exhausted and my legs were tired. My back was also bothering me and I knew it would be best – and very smart – to take the week off from working out hard. That will change tomorrow when I get back to it again. And, I have half marathon #9 coming up next Sunday, the Sarasota Half Marathon.

I am breaking from my regular WW post and skipping what I did right and what I will focus on this week. I know what I need to do and I know how to do it. And, I will.

How do you handle weigh-ins after missing a couple? What changes do you make to get back on track?