I have to start this post by saying that running a half marathon after *not* running for three weeks is not the smartest thing to do. I do not recommend it. But, I was registered for it and despite my lack of running prior, I was very excited about it.

Iron Girl is in Clearwater, very close to my home, and the course follows just about the same route I run on Sundays. It starts in Coachman Park, up over the Memorial Bridge and causeway to the beach, over the Sand Key Bridge, into Sand Key Park, then south on Gulf Blvd. for a bit before turning around and heading back again. Of course, this means that we have to run back over those same bridges to get to the finish line. It’s a bit of a challenge. 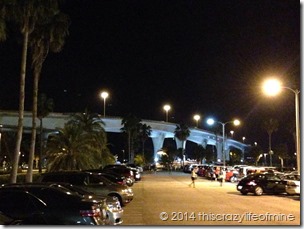 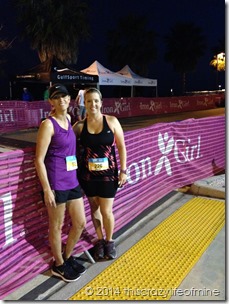 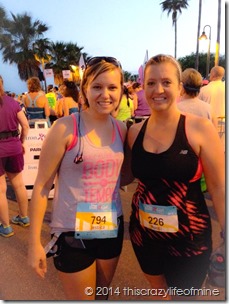 We lined up at the back of the start line and waited. I saw my friend Jessica fromTampa Mom Runs and we chatted for a minute. She was running with her adorable mom – how awesome is that?

Corinna and I started the race together before I took off over the first bridge. I knew that my run to walk ratio on this one would be very different, so I just went with it. I ran when I could and walked when I had to. I heard a women behind me at one point talking about how she met her time goal earlier this year and since then she’s been having fun. I realized that is exactly how I need to look at this race, my 10th half marathon. I had already PR’d twice this year with times I had never imagined, so I was going to have fun with this one and not worry about my time. Best decision ever.

I took a photo of Clearwater Beach as I ran by. It was a gorgeous day out, although a little warm. This is one of many reasons this is such a great course…

I made it over the Sand Key Bridge, also running it all the way over. Once I got into Sand Key Park, I knew I was going to have to make a pit stop at the bathroom. Rarely does this happen to me but my tummy was not happy and I was thankful there was a real bathroom in the park. When I came out of the bathroom, I just happened to see Corinna run by – perfect timing! I had been watching for her since I left her on Memorial Bridge but never spotted her. We would stick together the rest of the race and finish together.

From this point on, we did run / walk intervals. Corinna’s knee was bothering her and my foot was not happy with me. But we talked up a storm and that’s always fun too. When we finally headed back over the Memorial Bridge and made our way to the finish line, I think we were both ready to be done. I had fun but my foot was ready for me to stop.

I also wanted to mention that the Best Damn Race cheering squad was on the Memorial Bridge. Hubby joined them! It was nice to be cheered on in both directions on the bridge by the Best Damn cheering squad. Thanks to Jackie for letting me use this great photo she took… 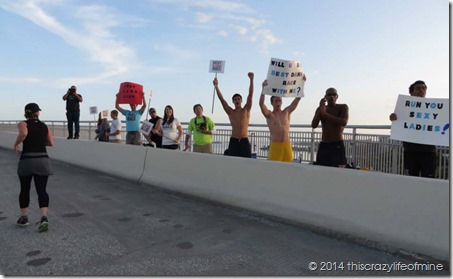 As we approached the finish line, I saw Jessica again, as well as my friend Jackie who attends the same WW meeting that I do. She had run the 5K, so congrats to you Jackie! I was thankful for her because she took photos of us afterwards and it was fun to see her outside of our meeting. She’s been running and wants to build up to a half marathon. I know she can do it. 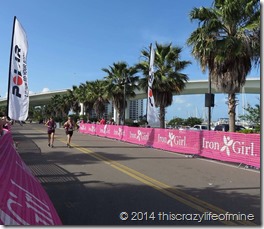 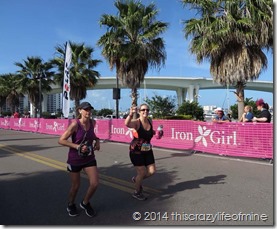 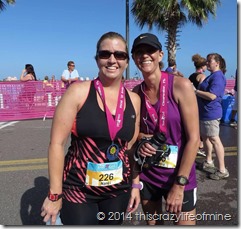 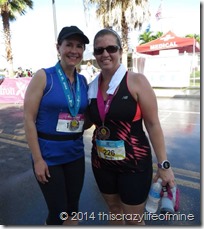 I ended up finishing a minute slower than last year and I am a-ok with that. There was a lot of walking, it was hot, and I was not prepared for this one. But, I had fun. I love this event and the course and can’t wait to do it again next year! The medal this year is so pretty and colorful. I love adding medals to my collection. And this one has my favorite bridge on it. Can’t beat that! 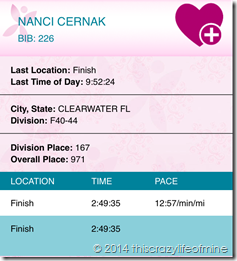 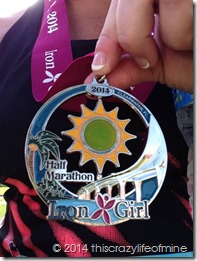 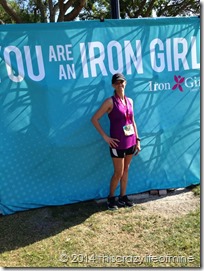 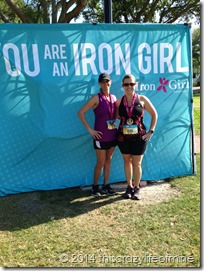 Rarely do I like the professional race photos. I’ve only bought a few when I first started racing. I tend to look like I am in pain or not happy when I’m running and that is far from the case. But this time, there are two that I absolutely love. The one of me waving at the finish line (to either Jessica or Jackie) is probably my most favorite finish line photo ever. This photo represent exactly how much I love to run. It just makes me happy! 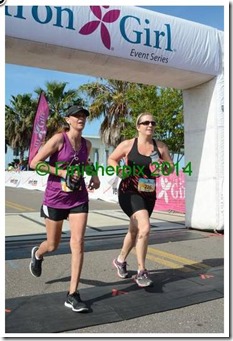 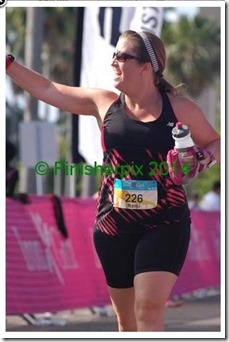 It’s hard to believe I’ve completed 10 half marathons now. It seems so long ago that I did my very first one, but it was just in March of 2012. I’ve changed so much in these two years of racing. I decided to do a side-by-side photo of my first half and tenth half, and that change is evident. Besides the obvious difference in my weight, running all these half marathons (and other races) has brought about a self-confidence that I didn’t have before. Completing a half marathon is a big deal. Completing ten of them is an even bigger deal. I am so proud of myself. 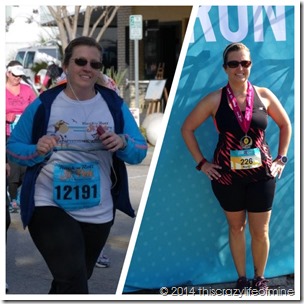 So what is next? I am done with races for the spring and summer now. But I will continue to run and in July, I’ll start training for the Space Coast Marathon. The idea of running a full marathon is still very surreal to me, but I know the girl on the right in that photo can do it. Ten half marathons has proven this to me.

**Disclaimer: I received a complimentary entry to Iron Girl Clearwater – all opinions shared are my own.

How many half marathons have you run?