Disclosure: I received tickets to Jersey Boys as an opportunity through the Tampa Bay Bloggers and the Straz Center in exchange for a review. All thoughts and opinions are my own.

I grew up loving the music of Frankie Valli and the Four Seasons thanks to my mom and dad. From Sunday Kind of Love to Sherry, Big Girl Don’t Cry, Walk Like a Man, and My Eyes Adored You, their music always struck a chord with me. And that voice… The voice of Frankie Valli just touches your soul. 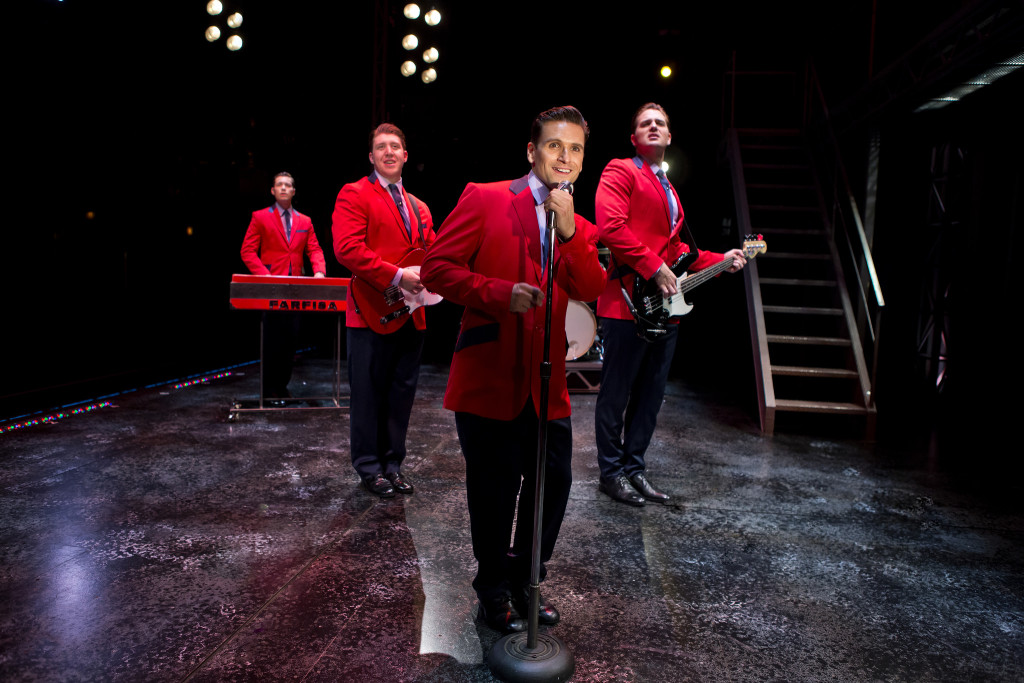 I was very excited to go to opening night of Jersey Boys at the Straz Center and I took my mom. How could I not? I knew she would enjoy an evening out hearing the music she loved from back in the day with my dad. And she of course loved it. 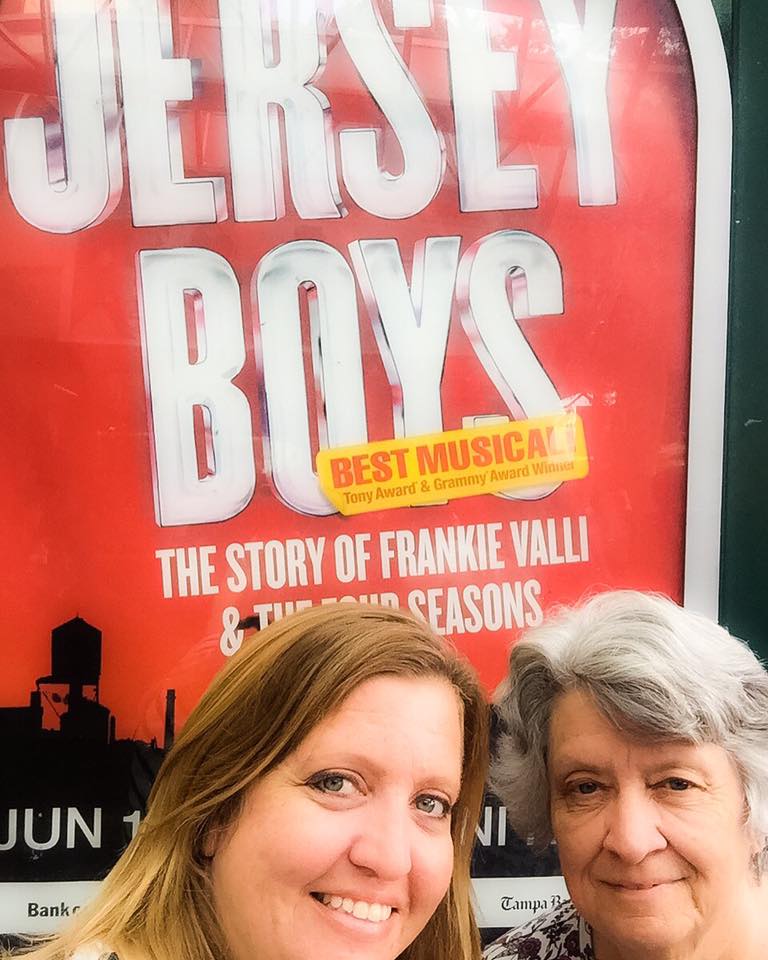 Jersey Boys is the true story of the Four Seasons – Frankie Valli, Bob Gaudio, Tommy DeVito and Nick Massi. I absolutely love how their story told from each of their points of view, one for each season – Spring, Summer, Fall, Winter. They all had different struggles growing up, some were in and out of jail, and the streets of New Jersey were hard for them. They fought their way to the top, writing their own award winning music with a sound that topped the charts.

The backstory is real, very real. Actor Joe Pesci was a friend of theirs from early on, long before he became an actor. They fought, loved, and sang their hearts out. After parting ways over the years to differences of opinion and many issues, they came back together after 20 years for their induction into the Rock ‘N Roll Hall of Fame. And it was like they never split up.

There are so many reasons to love Jersey Boys. The music, the musicians, the wonderful cast who played each role brilliantly, and the heart and soul that went into the making of their success as the Four Seasons.It is brutally honest, with strong Jersey language straight off the streets of New Jersey. But as you watch and listen, you feel like you are right there with them. From their early years under the corner street light, to their success on TV and the big stages in front of thousands, you feel every emotion they felt along the way. The lifelong partnership between Frankie and Bob was the center of the show, all based on a handshake. 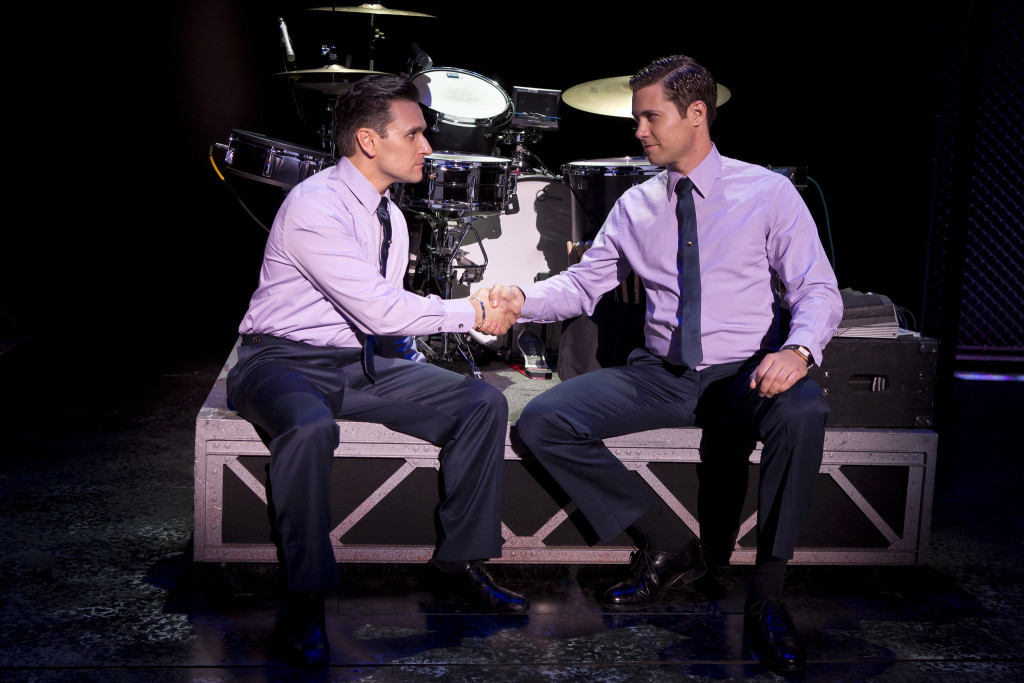 Aaron De Jesus plays Frankie Valli brilliantly. His voice is spot on as he sings their hits. Keith Hines, Drew Seeley, and Matthew Dailey all played the parts of Nick Massi, Bob Gaudio, and Tommy DeVito wonderfully as well. Keith Hines as Nick Massi was probably my favorite. 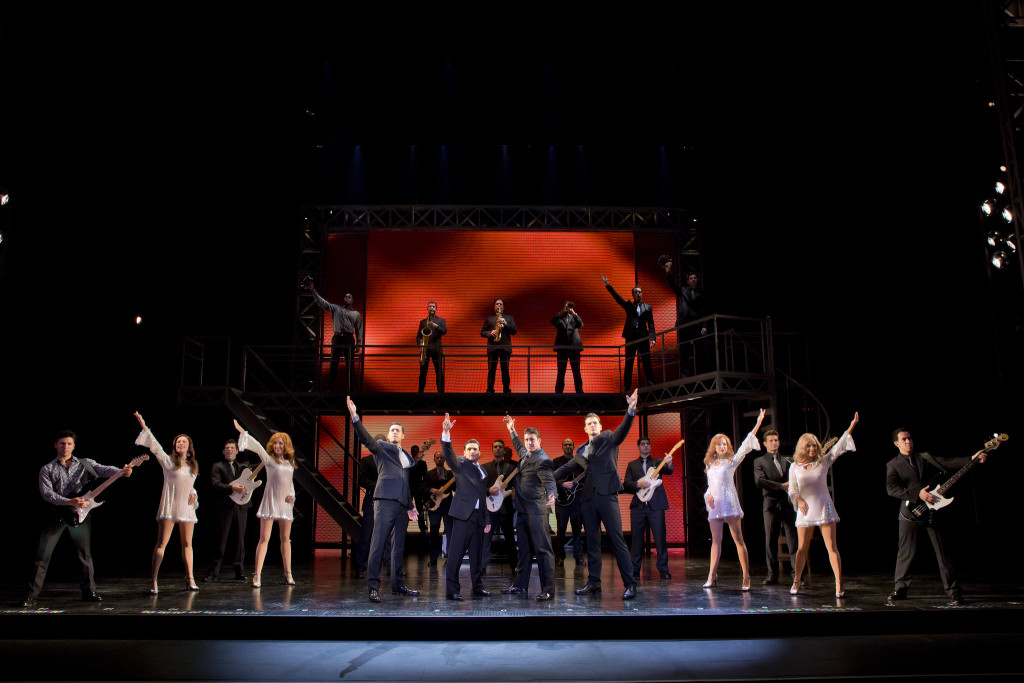 Jersey Boys is playing at the Straz Center June 1 – June 5 in the Carol Morsani Hall. Don’t miss out on this Tony, Grammy, and Olivier Award-winning Best Musical while it is in Tampa.