Every time I go out and run, I know how fortunate I am to be able to do so. Not everyone has that ability. My own father, who was in a car accident at the age of 21 and was then in a wheelchair until he passed away at the age of 77 did not have that ability. Quite often, if not always, I think of my dad when I run and about all that he could have – and would have – done if he was able to walk.

Last year, I came across a community called I Run 4, thanks to social media and several blogs that I follow. I noticed several runners saying how they run for so and so, and I looked into it. After reading more about the group, I decided to add my name to the long waiting list and wait for a match of my own. I wanted someone to run for also, someone to motivate me when I run long miles for training. After a very long wait, I finally got my match back on May 18th. And now, I get to run for Daisy, who lives with her mom and dad in Greater Manchester, England.

Daisy is such a little cutie, she just turned 2 back in April. Daisy was born by emergency caesarean after being starved of oxygen for up to 30 minutes. Her condition at birth was called Hypoxic Ischemic Encephalopathy (HIE). Because of the amount of time she was without oxygen, Daisy suffered severe brain damage. As a result she is unable to suck or swallow so is fed via a tube, she is on 24hr oxygen, requires suction to clear the secretions from her mouth and throat, and she has hearing and visual impairment due to the nerves to the brain being damaged. Daisy has spent long periods of time in hospital – three months in Royal Manchester Children’s Hospital this winter. Most recently her brain damage has led to the diagnosis of spastic quadriplegic cerebral palsy.

Daisy’s mom says in her eyes, she is a beautiful, happy little girl who loves to be cuddled and played with. She is never happier than when someone is wiggling her arms and legs because she likes the movement. She enjoys being in a hydrotherapy pool or the bath, listening to nursery rhymes and songs, and looking at black and white books. She smiles when she is being cuddled and played with and is starting to use her eyes more. Daisy also goes to school three days a week!

Here are a few pictures of Daisy… 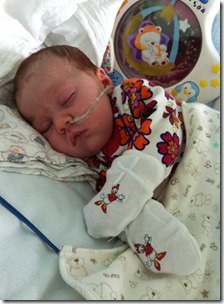 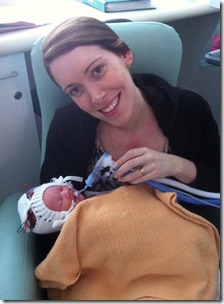 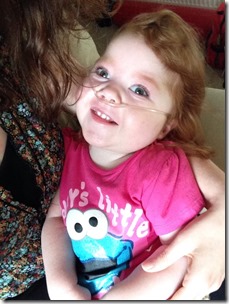 I have many miles to run this year and I am happy to run them for adorable little Daisy!

Who do you run for?