The last day of 2012 was spent working a few hours (while the whole time I wondered WHY I was even bothering to work as it seemed no one else was. So, I took off at 11:00 and went to Barnes & Noble where it seems all of Clearwater was. That’s more like it! I picked up my new Anne Taintor calendar for 2013. I’ve been buying her calendars for as long as I can remember. I love the retro, snarky attitude of the calendar. As it typical for me, I wait till after Christmas when it goes on clearance. The problem is, when I went to pick up my calendar, I ended up also leaving with 4 books and a weekly planner. That wasn’t my plan, but when I walked in the store I couldn’t help myself. Regardless of the $60 I spent, I did get a great deal on everything. One of the books I’ve had my eye on for awhile, three Stephen King novels on one and it was half off. 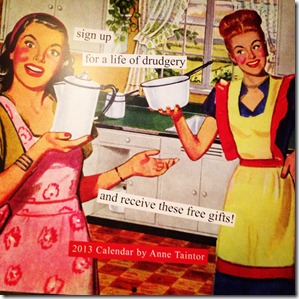 After I left the book store, I finally stopped by the yoga studio I’ll be going to starting on Sunday. Back in July, I bought a deal on Living Social for 10 yoga classes for a great deal. Then my sciatica happened and then before I knew it, it expired. Not one to let $50 go to waste, I called the main studio and asked if there was a way to still use my voucher, except I didn’t want to have to drive to Tampa. She suggested I called the new owners of the new studio, Yoga365, and explain my situation and she felt they would honor it. And she was right. I am thankful to the new owners for honoring my voucher. I spoke to both of them yesterday and they were very welcoming. Since I have never taken a hot yoga class, they suggested I take their intro workshop class on Sunday. So that’s where I’ll be this Sunday!

Since it’s a rare occasion that hubby and I get home early on a “work” day, we decided to take advantage of it and take Blue and Ozzie to the park. It was a beautiful afternoon. There were a lot of families there with kiddos on bikes. I bet they were Christmas presents! Blue and Ozzie were ecstatic to be there. Can you tell? 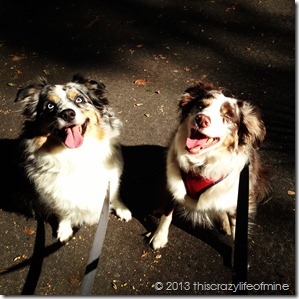 Dinner was the highlight of the day… We went to Kobe’s Japanese Steakhouse which is always delicious. We invited my mom, Nick, Jenna, Autumn, and our friend Rachel. Rachel plays paintball with hubby and this was actually the first time her and I met but I already thought she was a fabulous. I helped her out with a prank on another player so she gave me a beautiful ladybug wind chime. The evening was full of good food, good company, and laughter. A great end to 2012! 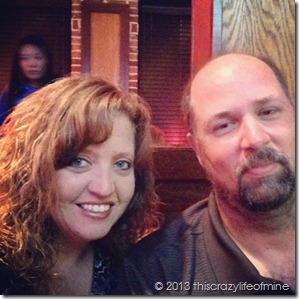 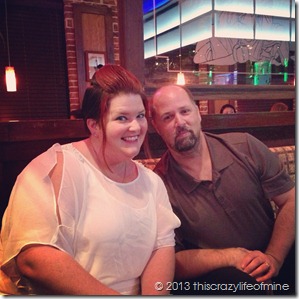 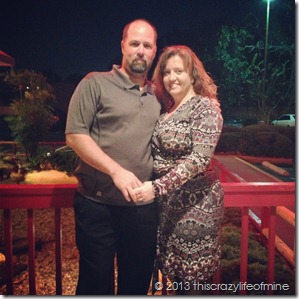 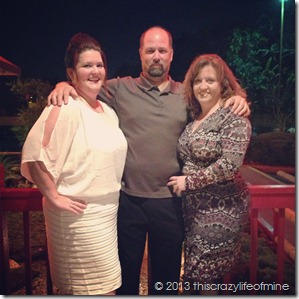 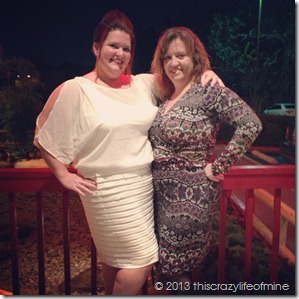 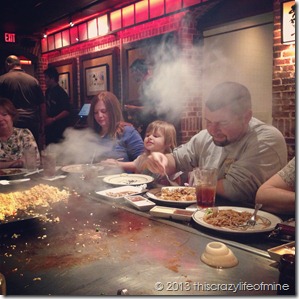 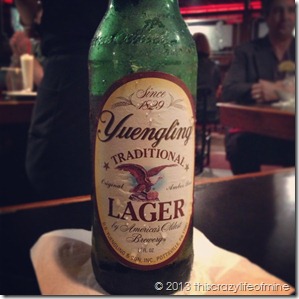 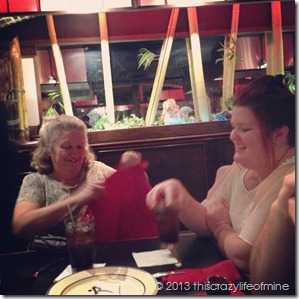 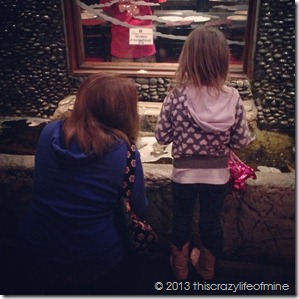 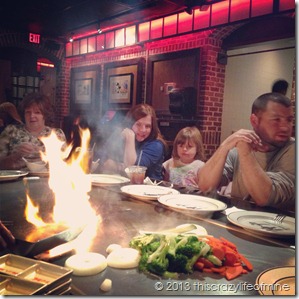 As is typical in my world, I was asleep before the ball dropped. I can’t remember that last time I was actually awake at midnight on New Years. I was pretty happy to wake up to a new year, though. 2012 was quite challenging and I am looking to a fresh start and a clean slate. There is so much I want to do this year and right now, the first morning of 2013, it all seems possible.

How did you spend your New Years Eve? Do you make resolutions for the new year?