I have not been out to Memorial Causeway to run the bridge since May. After the Iron Girl Half, we went out a couple times. After driving over the causeway the other day for work, I realized I missed running it and decided I would head back out there this weekend. I asked hubby last night if he’d go out with me before the sun came up this morning and being the supportive husband he is, he agreed.

We left our house at 5:50 this morning and were parked and starting our run at 5:59. It was so quiet out there and the bridge was was so pretty, all lit up. I admit I was nervous to run over it after no doing so for a couple months. Would I be able to do it as I had before? 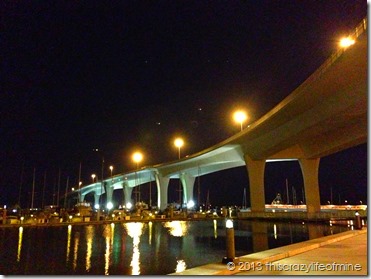 I ran over it just fine and it felt great. Up and over the bridge I went at a pretty good pace. After passing the light that is about halfway over the causeway, I turned around to head back. I caught up with hubby who is dealing with knee pain and I walked for about a minute with him. As I approached the bridge, I said bye to hubby and took off running again, hoping to make it over as well as I did the first time.

I ended up having to walk twice as I ran up it. It was a good reminder of how important it is to keep up my bridge runs and build up that endurance again that I had before. Once I hit the top of the bridge, I ran down and finished up my 3.11 miles. 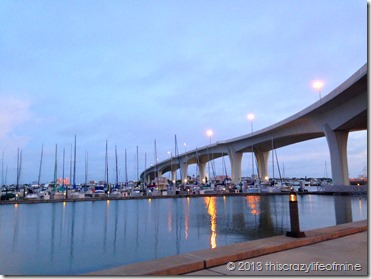 Even though I walked a couple times, I still finished a little faster than the last time I ran it. I attribute this to the fact that my running is faster and more consistent on flat surfaces now so I made up time there. 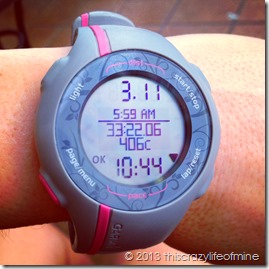 All in all, I’m very happy with this morning’s run and it just makes me want to get out there and run the bridge more often.

After some stretching, hubby and I went to Starbucks and enjoyed our drinks on the patio where Frank Sinatra music played. I could have sat there all day listening to it… It made me feel like my dad was there with us. On our way to the car, I couldn’t resist taking a picture of one of the dolphins they have downtown. I love dolphins and this one was so pretty. It even has ladybugs on it! 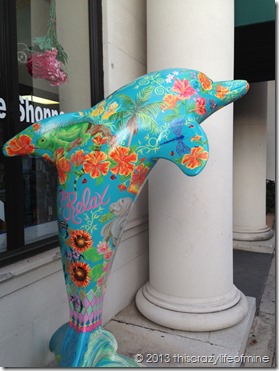 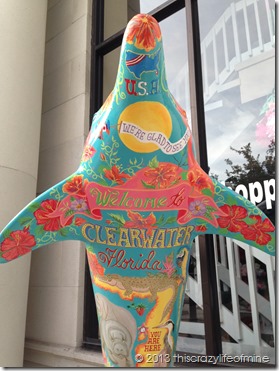 It was a very nice morning. Any time I can get a run in, burn calories, spend time with hubby, have coffee, listen to Frank Sinatra, and see a pretty painted dolphin is a great start to my day.

How often do you run bridges? Is it a part of your regular training?

12 thoughts on “Bridges for breakfast, anyone?”