This past Saturday morning, our alarm went off very early…. At 3am to be exact. hubby and I were headed to Orlando for the Best Damn Race. I was running the half marathon and hubby was running the 10K. I was very excited to take part in this event in a new city.

Since first running the inaugural race in Safety Harbor in 2013, I have been a huge fan of this event. I was even more thrilled when last year, I was selected as a Best Damn Race Ambassador. Seeing it grow and going to another city was a lot of fun. One of the reasons I love this event is because it is put on by a runner, for runners. The race director, Nick, puts his heart and soul into it and it shows.

So, despite the early hour our alarm went off, I was excited to hit the road and run 13.1 miles on a new route. It was still dark when we arrived in downtown Orlando at Lake Eola Park and we picked up our race packets and had time to walk around and visit with others before the race started. 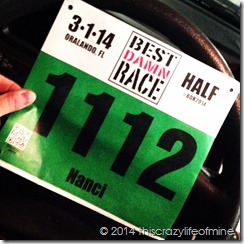 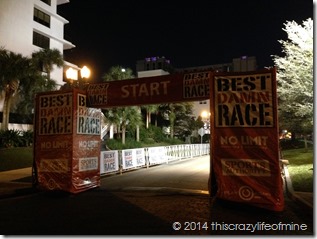 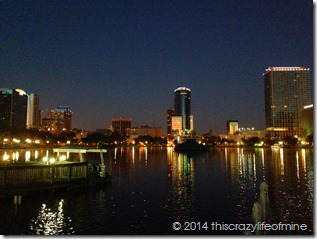 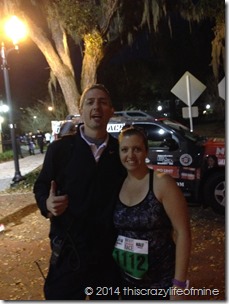 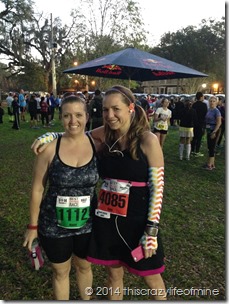 The race started and ended at Lake Eola Park. What a pretty setting it was and on a gorgeous day! It was a crisp 52 degrees when we arrived – perfect weather for running. The sun started to come up just before the 10K started. I saw hubby off and then waited for the half marathon to start 30 minutes later. 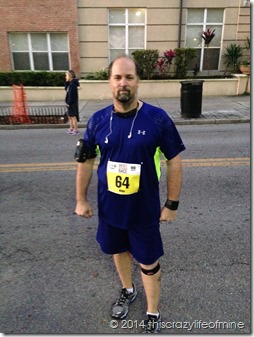 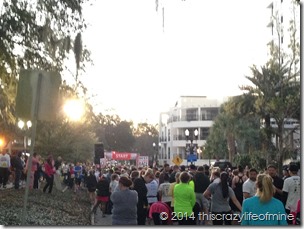 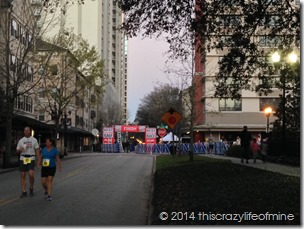 Before I knew it, it was time for the half to start, my 8th half marathon. I couldn’t decide if I wanted to listen to music or not, I haven’t in awhile. I decided I definitely didn’t need to, I wanted to enjoy the new-to-me route and the scenery. It’s also fun to listen to other runners.

Since I just ran the Gasparilla 15K and 8K the weekend before and my legs were still tired, I didn’t really have a time goal in mind. I knew I finished in 2:18:59 at Best Damn Race Safety Harbor on February 1st, and it would be great to beat that, but I knew it would be tough. Ultimately, I wanted to finish under 2:30 as a worst case.

The first couple of miles were along cobblestone streets. This can be tricky to run on and I have to pay attention to my footing to make sure I don’t’ twist my foot or step wrong. I ran the first 4 miles without a walk break, feeling great. I grabbed some Gatorade at mile 4 and then took off running again. We rounded the corner and under an overpass and then saw we would run around Lake Underhill. This was a really pretty view and it was neat to see runners as they made their way around it. I should have taken a picture, but at the time I didn’t think about it.

During the run around the lake, I also made my way up to the 2:15 pace group. I couldn’t believe it. I stayed with them for about a mile and then they got ahead of me. I would end up keeping them in my sight the rest of the race but never caught back up to them.

After rounding the lake, we made our way through a residential neighborhood and passed right along side those ahead of us, back tracking. It was here that I saw Meghann (Meals and Miles), Michelle (Crazy Running Legs), and Haley (Running With Diapers). It’s fun to see other runners that you know, wave and say hi, and get a little encouragement.

By this time, I had taken several walk breaks and my legs were killing me. Every bit of the 14.2 miles I ran the weekend before had caught up to me and I was so sore. I knew I had to listen to my body and walk if I needed to. There is no shame in that. Besides, I wanted to be able to finish strong.

Around mile 9, I looked at my watch and did some math to see how far off I would be from my Safety Harbor time. I knew the 2:15 pace group was ahead of me and I had no idea how far behind me the 2:30 pace group was. I was just thankful that they remained behind me the whole time. It was here that I realized, unless I was completely screwing up the math, that I could possibly beat my previous time, even if just by seconds. This helped to light a fire under me and I tried to walk less and run more.

Just after the 10 mile mark, we merged with the 5K runners. I joked with a couple of women running beside me how fresh they all looked compared to us. They were also moving much quicker. This, of course, was a little pick me up and got me moving a little quicker.

The final long stretch along South Street was fun because it was downhill and we could see the skyscrapers. There were spectators along here, and the closer we got to the last two turns, it was louder and louder. Finally, I rounded the last corner and saw the street lined with spectators. The finish line was in view and no matter how many times I’ve run a race, that just never gets old. It is so exciting to see after you’ve been running your heart out for a couple hours.

I also knew by this time that I had definitely beat my last time. I was a little worried by how much though because the mileage on my watch was off. I just hoped that my time was close to the chip time at the end.

I ran across the finish line with all my heart, excited by another PR. There is nothing like that feeling. I hurt, I ached, and I was starving, but I did it. Half marathon #8 was complete and most exciting of all, I would get to ring the PR bell again! I beat my last time by 2 1/2 minutes! 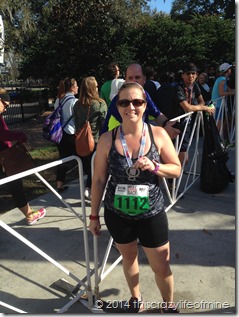 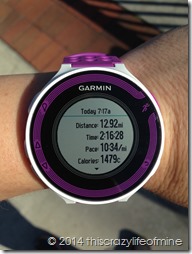 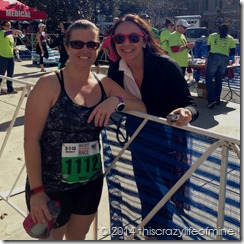 I was also very excited to learn that hubby did awesome on his first every 10k! I was super proud of him and so glad that he took part in this awesome race with me. We were also able to take some great photos on Lake Eola. It could not have been a prettier day… 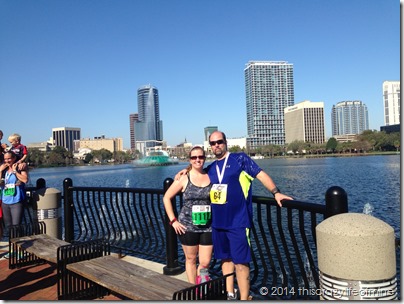 I am very happy with my time and pace on this one. The first six miles were obviously my best and I knew that. To run in the 9’s is huge for me. It felt comfortable and was not a huge struggle to do it. 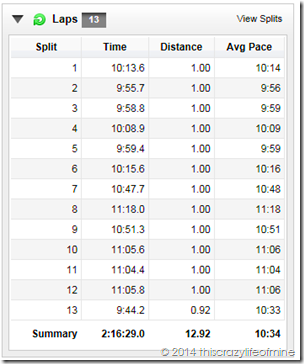 I can’t say enough about this event. I will absolutely run it again in 2015. I look forward to seeing it grow and will enjoy running the great courses and enjoying the great perks it offers runners. Thank you Best Damn Race for two wonderful races this year!