Yesterday was such a great day. Besides the fact that it was Saturday, my favorite day of the week, it was a beautiful day outside AND there was a trip to the pumpkin patch. I had plans to go to my sister-in-law’s so we can work on our awesome theme for our 3-Day sweep van next weekend (EEK!). But first, Jenna called me early to tell me they were going to a pumpkin patch after Autumn’s dance class and did I want to go with them. Yes!

Besides the fact that I love pumpkins, this was the best part of it: 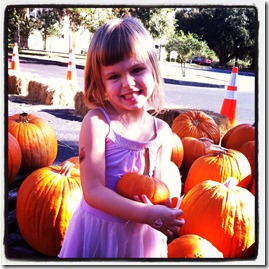 Autumn was so excited to pick out several pumpkins, small ones and a big one. She was very serious about picking out the right one – one that wasn’t bumpy or wavy or too fat or that couldn’t stand up. 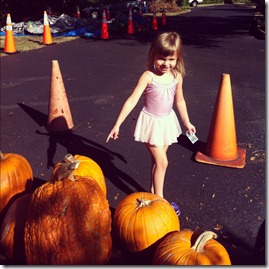 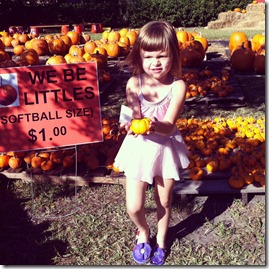 I just love that on that picture, it says We Be Littles – just like Autumn! Mr. Scarecrow was so nice and had his picture taken with Jenna and Autumn. 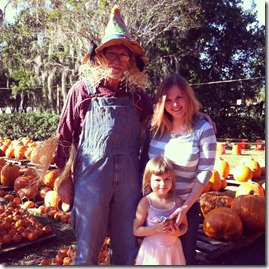 I loved all the pumpkins. The small ones were too cute… 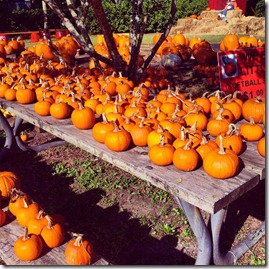 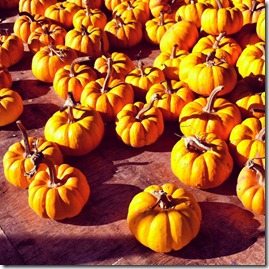 This one had to be my most favorite. It was so neat with orange and green. and I loved the shape of it. 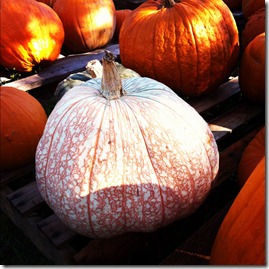 After Autumn picked out all 5 of her pumpkins, I took a picture of her on the cute display they had there. Only in Florida can you wear your dance outfit and flip flops to a pumpkin patch and not freeze!

When we left, we were heading to Jenna’s and Autumn wanted to ride in my car. And now that she’s in her big-girl car seat, its easy to move from vehicle to vehicle. How could I say no to this face? 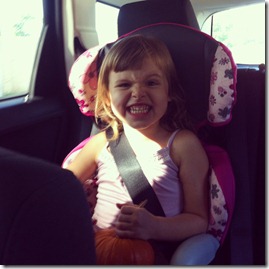 What a fun morning it was! Afterwards, Jenna and I worked on our 3-Day stuff which included a trip to Home Depot, Joann’s, and Michaels. Autumn helped, too.  We accomplished a lot and we are so close to being ready. I can’t wait to share pictures of all of it!

When I got home, I was SO excited to see that my #foodiepenpals package had arrived in the mail. I can’t wait to share my post about it on the 1st, it was perfect! One word, PUMPKIN. 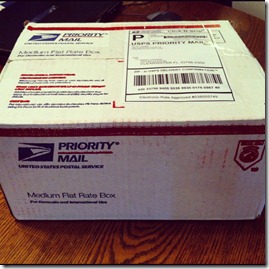 After hubby got home from playing paintball, we went out for date night. It was hubby’s choice and he picked Red Lobster. He wanted to have their Endless Shrimp one last time before it goes away. Hubby could eat shrimp every single day. I usually have tilapia and I was excited to see that they have a new dish, tilapia with roasted vegetables. It’s cooked in a parchment bag with white wine, wild rice, artichokes, and asparagus. Clearly this had my name written all over it. it was so good, I will definitely have it again. 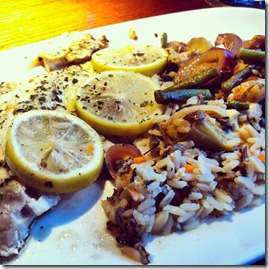 Most of the time, hubby and I will indulge in dessert and we usually share. It’s not as bad when you share it, right? We ordered the chocolate wave cake which is served with vanilla ice cream. It is every bit as heavenly as it looks. It’s so rich, I could never eat a whole piece by myself. 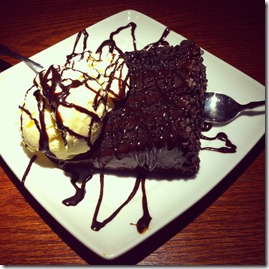 I love it when days turn out to be so great. We work so hard during the week, it’s important to have fun on the weekend.

Have you been to a pumpkin patch this year?

4 thoughts on “A Perfect Autumn Saturday!”