I am SUCH an 80’s girl. Seriously. When I was in high school (‘86 – ‘90), I had Bon Jovi posters on my bedroom walls (next to the George Strait ones, mind you). I loved hair bands. For a time, I actually liked Richie Sambora more than Jon Bon Jovi. That phase passed, but I still think Richie Sambora is pretty fabulous and man, can he play that guitar.

I have never stopped loving Bon Jovi. Hair band, rock, ballads, duets, country, and a Crossroads episode with Sugarland (still one of my favorites), I’ve continued to listen to Bon Jovi over the years. It never gets old. And they put on one heck of a show. 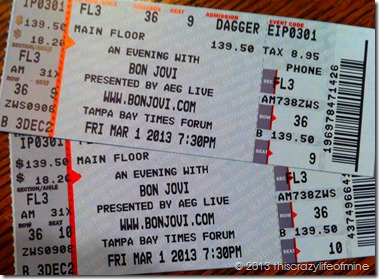 But oh my, is it worth it. Back in 2006, we saw them in concert and actually had access to the side stage. The pictures I took that night are still among my favorite concert pictures. Here are a couple for your viewing pleasure… You’re welcome. 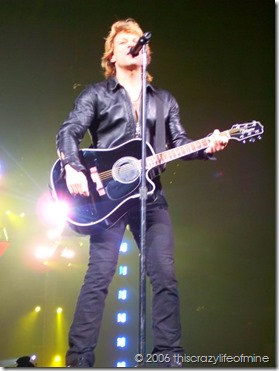 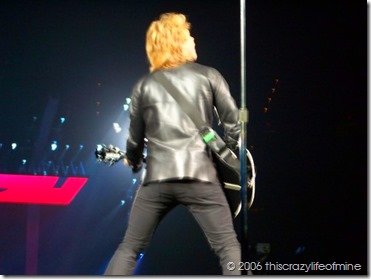 Friday night’s concert was the 4th time we’ve seen them here in Tampa, at the Tampa Bay Times Forum, my second favorite concert venue here. They came on at 8:30 and played for a good 3 hours. We left right before 11 to beat the traffic and made it out just in time.

I sang and danced along with all the hits and enjoyed every minute. I couldn’t always see from my seat (I hate being short) but I loved it. Le sigh….

Here’s the awesomeness from the concert, from my point of view, as Instamgram’d throughout the evening…

Headed to the concert with most fabulous hair! 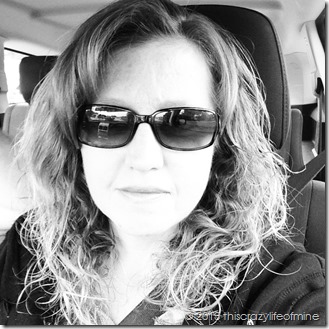 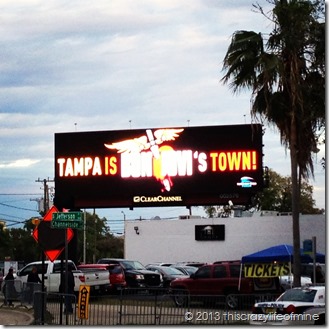 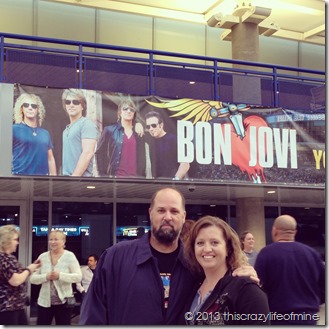 Waiting on the concert to start. Aren’t we adorable? 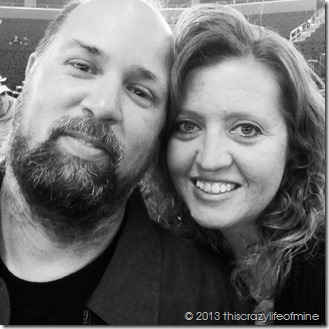 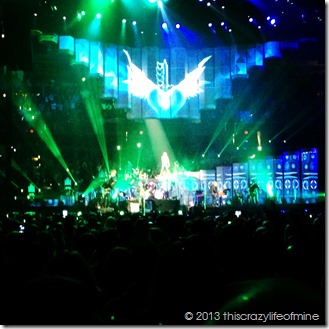 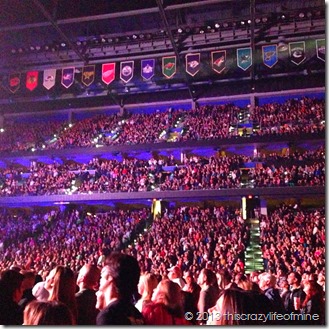 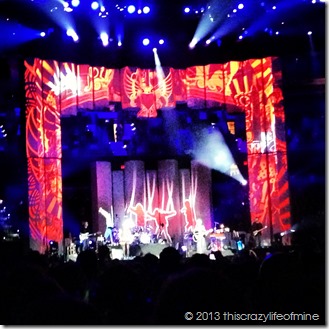 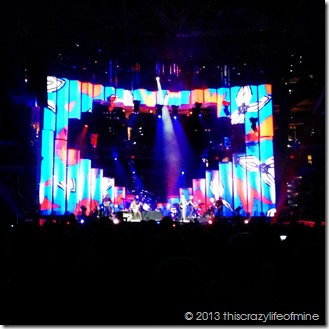 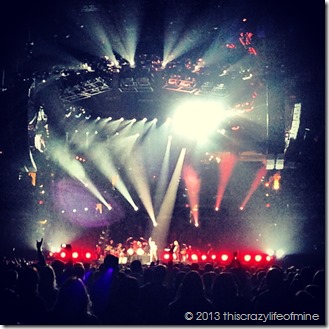 Bon Jovi–Livin’’ On A Prayer

Who is your favorite band? How many times have you seen them in concert?